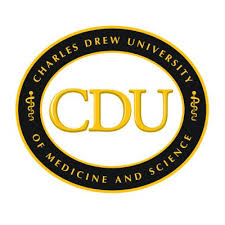 PrEP is a way for people who don’t have HIV but who are at very high risk of getting it to prevent HIV infection by taking a pill every day. It is an FDA-approved medication that is highly effective in preventing HIV when taken properly. South Los Angeles has one of the highest HIV infection rates in the entire county. It now has low and no-cost PrEP available as an additional strategy for fighting this epidemic.

To support patients in accessing PrEP clinical services, Charles R. Drew University recently received a grant from Gilead Sciences, the maker of the PrEP drug, Truvada. The grant funds PrEP Navigation services to assist patients in navigating complex medical and psychosocial systems to help them obtain and adhere to PrEP. Under the direction of David P. Lee, Community Faculty at CDU, the program will be staffed with two PrEP Navigators with services available in English and Spanish. The Navigators will also increase patient education and community awareness in the Watts, Willowbrook, and Compton communities.
“PrEP information and access has spread like wildfire in many parts of LA County, but many of the people who come to our HIV testing site have never heard about PrEP. That’s unfortunate, because in many ways, the need is greatest here in South Central Los Angeles. But, hopefully, this is the beginning of complete access for this community,” Lee says.

The PrEP Navigation Services are housed in Building M with the HIV Testing and Counseling Program. Since HIV testing is a required part of accessing PrEP services, the proximity of both programs provides seamless referrals for HIV testing, PrEP navigation, and PrEP clinical services. The office can be reached at 323-563-5804.

Jan B. King, MD, MPH, Area Health Officer for the Martin Luther King, Jr. Center for Public Health, also announced PrEP clinics will be held there each Thursday, starting March 30, 2017 from 4:00PM to 8:00.